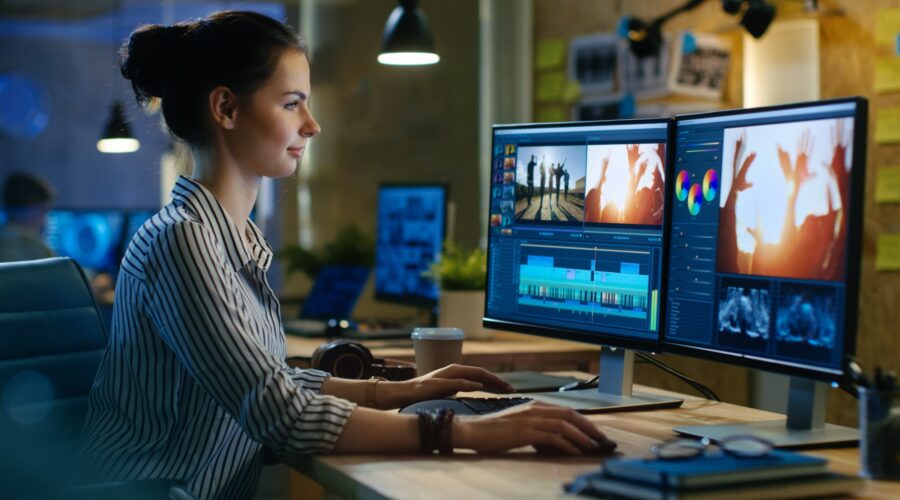 Editing helps to put all the shots into a proper sequence so that the film comes out as a comprehensive whole unit. Editing is so important that it can actually make or break the entire film. The editor is a creative professional who works with the story, pacing, dialogue, music as well as with the performances given by the actors to craft the film into a cohesive whole.

Editing is done in the post production studios that include dubbing studios and editing studios. Post-Editing involves Color Correction as well that is actually a very important step in the complete process of film production and makes a huge difference.

It gives the perfect flow to the film – A film may be amazing in all its aspects like actors, performances, scenes, songs etc. but due to various reasons, its flow often gets broken. It can be due to lack of dates of actors, any technical problem or any other such issues. A film editor is responsible for arranging the shots in an organized and smooth manner and thus for containing the intended flow. The film editor works with the producer, director, and cinematographer to achieve that perfect flow in the film. Editing studios are the perfect place to do editing as they are equipped with all the necessary tools and techniques.

It helps in switching the scenes – Transition of scenes plays a very important role in a film. The transitions have to be placed at the perfect moments to attain a proper flow and to keep up the desired pace of the film. A lack of proper transition may give you a jumpy and fast paced mess that is not liked by anyone.

Gives option of cutting – Cutting the scenes at the appropriate place is also an important task in editing. It requires a perfect timing as the cuts should be smooth and provide the ideal flow to the film. Cutting the scene too soon or too late can spoil all the hard work. Thus, timing is critical!

Sound editing and color correction – Sound editing involves adjusting the volume levels and synchronizing the video clips with the audio clips. It should be smooth and elegant as it can invoke emotions into the audience while watching the film. Dubbing is done in the dubbing studios to expel any unwanted sounds. Color correction makes your videos appealing and graceful and is very crucial for the video quality.

The role of editing is paramount in video production as it blends the sounds and images excellently and makes the audience feel emotionally connected with the film. An emotion evoking masterpiece can be created with the help of a professional video editing that is cherished by all!